When Richard Watkins, COO of a busy software R&D company had problems with adhesive contamination on metal raised access flooring, he called on IOBAC for help.

Richard explains “We regularly move the office around, changing underfloor services such as fibre and power but had the same issues every time.

It was a real hassle trying to lift the carpet tiles that had been installed using adhesive without damaging them.  The low tack on them had become more like superglue.

We struggled to lift up the flooring with the tile lifter, and then had to clean the torn backing off the access flooring.  We also had to buy expensive new replacement carpet tiles and deal with cutting them to fit.

“What should have been a 5 minute task became a major hassle, wasting both time and money.

I just wanted a simple solution that allowed us to lift and replace flooring as we needed.”

Richard approached IOBAC for help, and we knew that IOBAC MagTabs were the perfect solution for him.  These clever little squares are magnetic on one side, and have dry-tack on the other.  They hold floor coverings including Luxury Vinyl Tile and carpet tiles securely in place, even in high footfall areas, yet remove cleanly and easily for access, repairs and redesigns.

The floor covering is undamaged, and can be reused and recycled, rather than sent to landfill.  And the access flooring is clean and ready for the next flooring installation straight away.  Whereas on average, it costs £10 per sqm to rectify access flooring contaminated with adhesives. 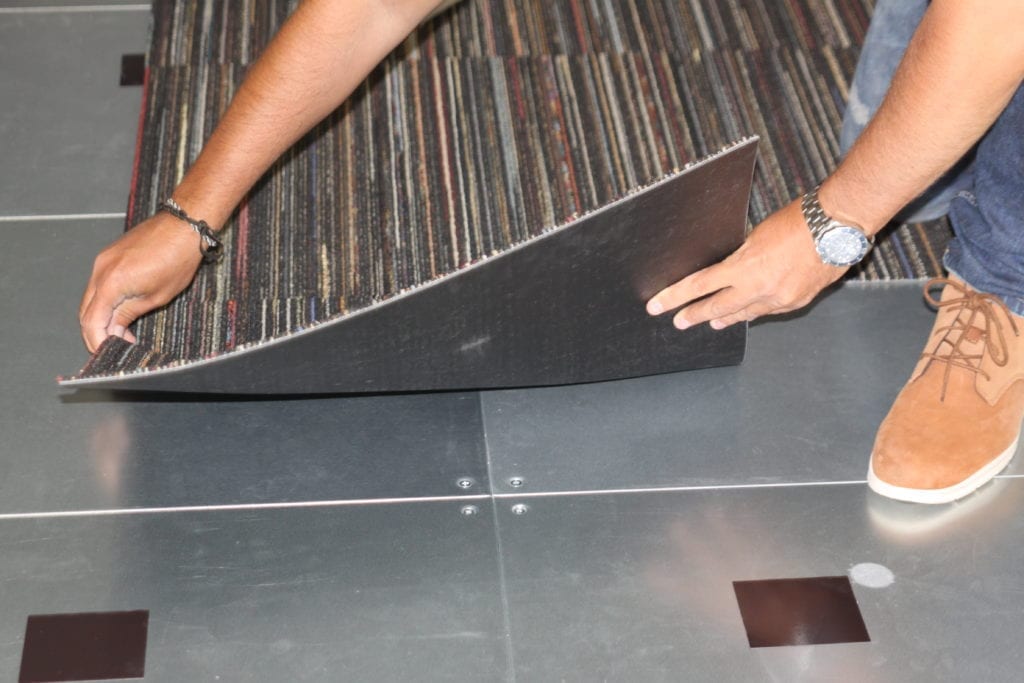 Richard was delighted with the outcome, commenting that

“now we simply lift the tiles, raise the access flooring, make the changes and reinstate.